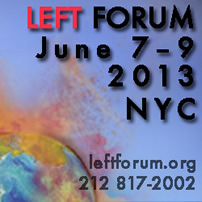 Abstract: 21st century socialism is a banner that socialists in many countries of Latin American have been lifting again and in some cases have done so from positions of state power (Venezuela, Ecuador, Bolivia). What does this mean for socialism, looking back on the past 14 years since the start of the recent wave of leftist governments in Latin America and comparing these experiences with 20th century socialism?

Left Forum is the largest annual conference of the broad Left in the United States. Each spring thousands of conference participants come together to discuss pressing local, national and global issues; to better understand commonalities and differences, and alternatives to current predicaments; or to share ideas to help build social movements to transform the world. 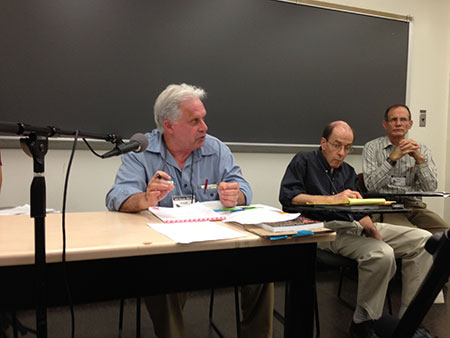 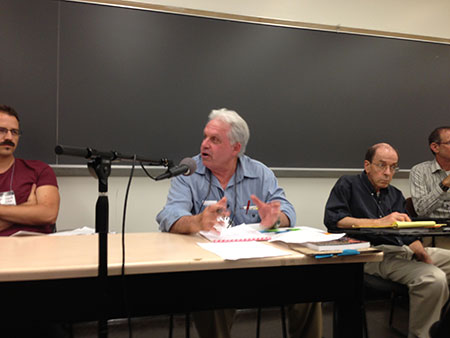 Fred Rosen has been affiliated with NACLA (North American Congress on Latin America) the early 1990s, variously as editor, director, correspondent/blogger, and board member. He has worked as a writer and reporter in Mexico City and has taught economics at the Central University of Venezuela. He has been a regular correspondent and or columnist for a number of publications including NACLA Report on the Americas, El Financiero International, Mexican Labor News and Analysis, and the Mexico edition of The Miami Herald.

Steve Ellner is one of the foremost authorities on Venezuela. He began teaching at the Universidad de Oriente in Venezuela in 1977. His book “Rethinking Venezuelan Politics: Class, Conflict and the Chavez Phenomenon” is a classic reference. He also contributes regularly to www.venezuelanalysis.com

George Cicariello-Maher, Drexel University, is the author of “We Created Chavez: A People’s History of the Venezuelan Revolution.”