Recognition from the Cuban Five at Book Launch
CUBA AND ITS NEIGHBOURS: DEMOCRACY IN MOTION 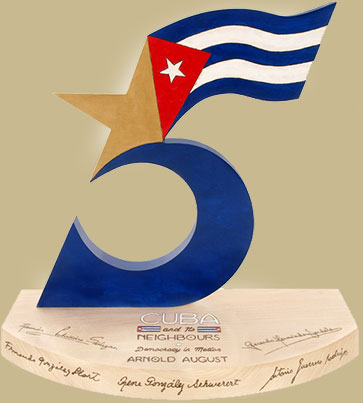 Speech from the co-creator of the wood sculpture

My name is Bill Ryan and I have had the privilege of knowing and working with a great Cuban by the name of Gerardo Hernández, who you probably know as being one of the Cuban Five.

For the past three years I have helped Gerardo thank some of the people that have supported the Five in their struggle for justice. 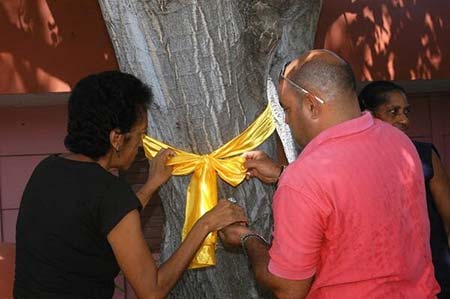 To go to Video, Interviews and Photos page, Click Here.