(Dr. George Lambie is professor of International Political Economy (Globalisation), Literature and Politics, Latin American Politics, De Montfort University, Leicester, U.K., and on the Editorial Board of the International Journal of Cuban Studies. He is also the author of books and articles on Cuba. In the introductory editorial of this Journal, Dr. Lambie writes a note on the articles published in the Spring 2014 issue including a research paper on the Cuban political process. The complete comment on this one is here):

Arnold August has been the most assiduous analyst of the Cuban electoral process for a decade and a half. His first book entitled DEMOCRACY IN CUBA AND THE 1997-98 ELECTIONS (1999- Editorial José Martí) was the first serious foreign study of this aspect of the Cuban political system.” Drawing from his words at the beginning of this article, he challenged the ‘disinformation and misinformation’ of the advocates of ‘regime change’ based on ‘clichés and ignorance’ and replaced it with ‘facts, figures and a balanced analysis’ of the Cuban electoral process. This article continues in the same vein and seeks to develop trends identified in a more recent book by the author entitled CUBA AND ITS NEIGHBOURS: DEMOCRACY IN MOTION (2013 - Zed Books), particularly the electoral processes surrounding the February 2013 elections to the National Assembly of People’s Power (ANPP). A contested issue in the Cuban electoral process is the slate vote (voto unido), in which a list of candidates is drawn up by a candidacy commission and voters are encouraged to select the whole slate, that has prompted one Cuban analyst to speak of an ‘electoral straight jacket’. However, in the 2013 election, and perhaps in response to popular pressures, this was less in evidence. This has had an impact on the number of votes traditionally received by the individual ANPP deputies and will influence the change of leadership in the Council of State. Similar to the Cuban analysts of the economic reforms in the previous issue of this journal, the author does not envisage a Cuban transition but a necessary modification of the existing model leading to an ‘evolution of the political system’. This position is well argued in both cases, but analysts inside and outside Cuba still have to consider the wider implications of introducing market socialism in Cuba in ‘socialist’ terms, which is a wholly separate debate to the one that prevails and seems to assume that markets, economic performance with equity and democracy are comfortable bedfellows.”

Democracy Still in Motion:
The 2013 Election Results in Cuba 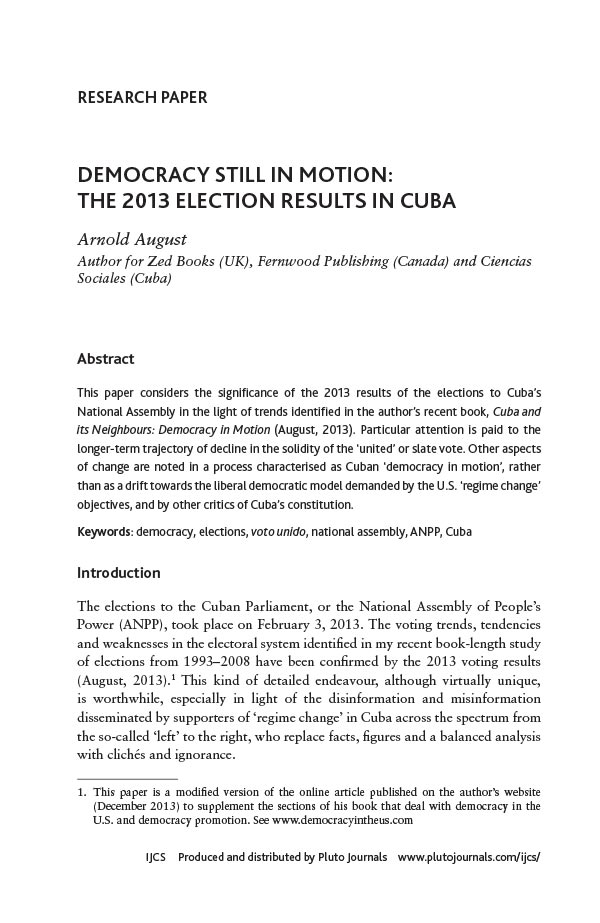 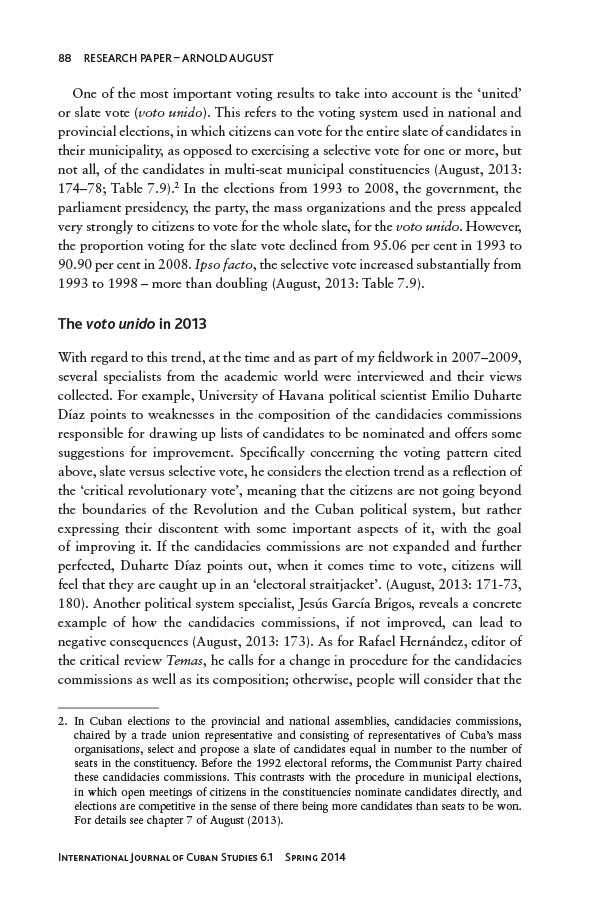 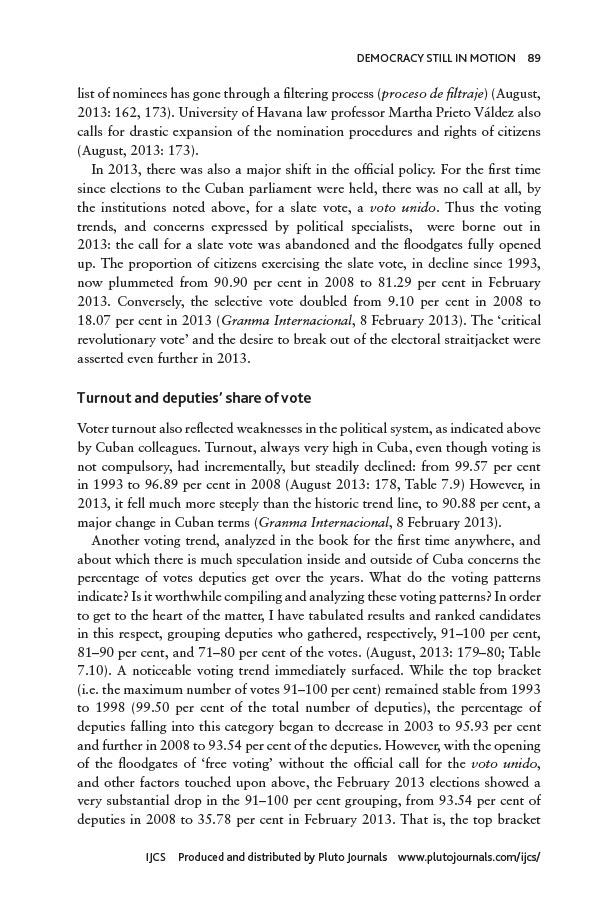 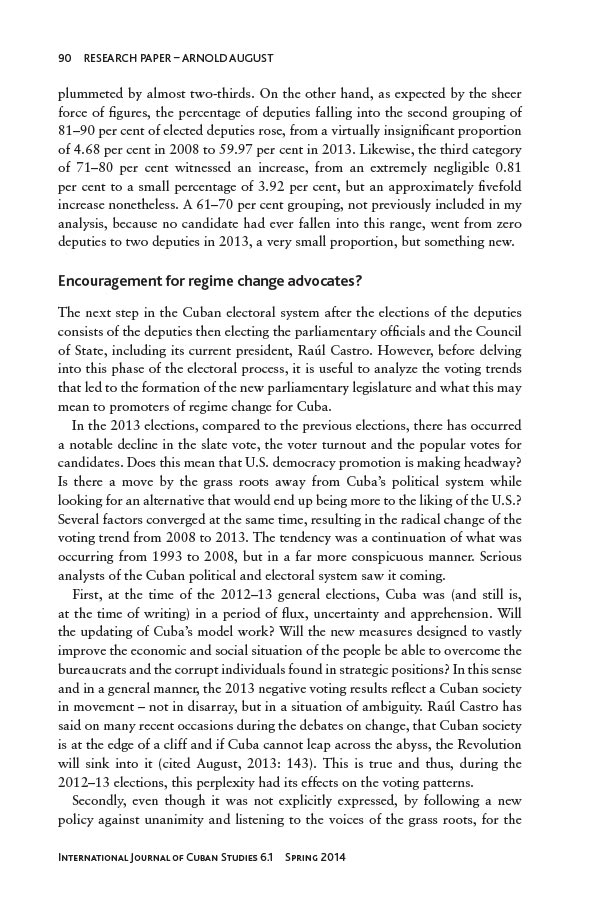 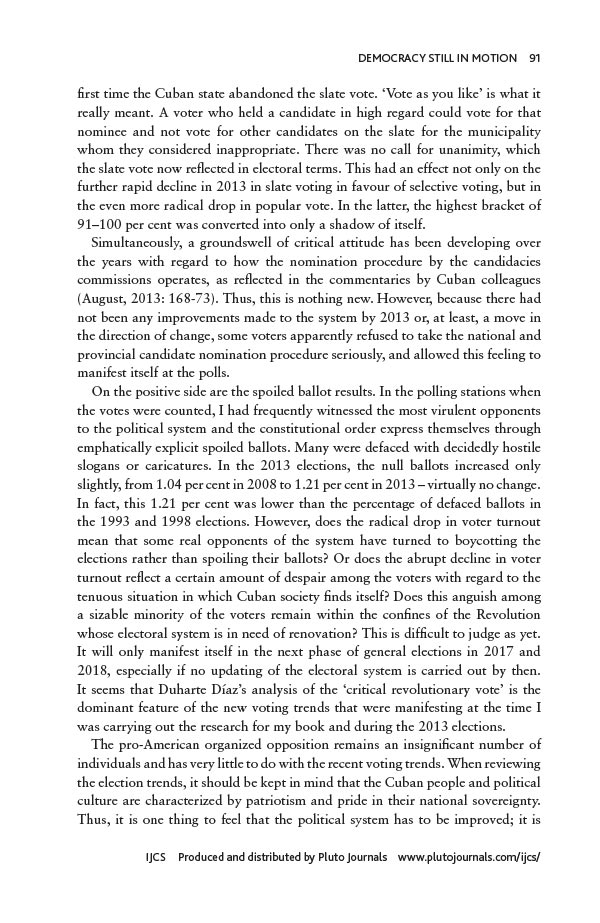 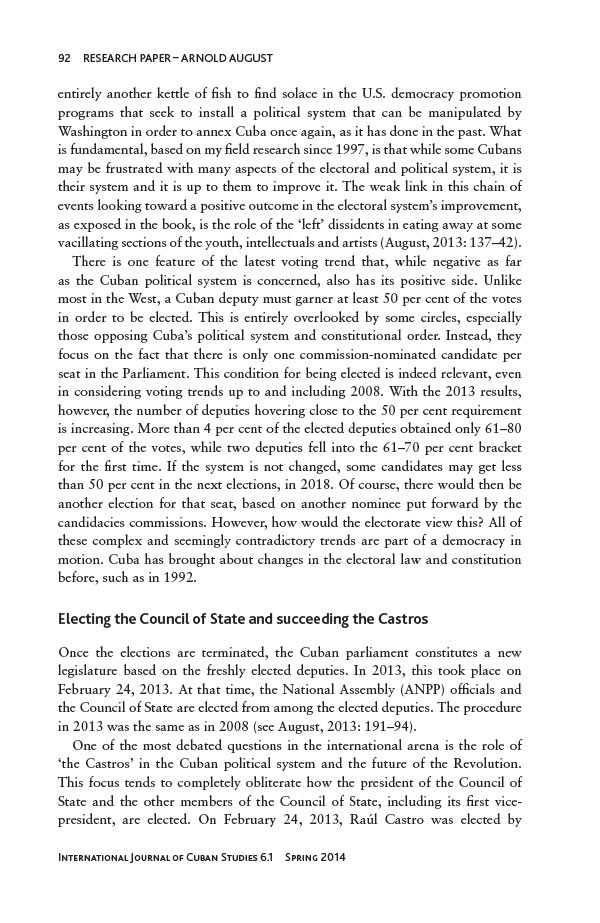 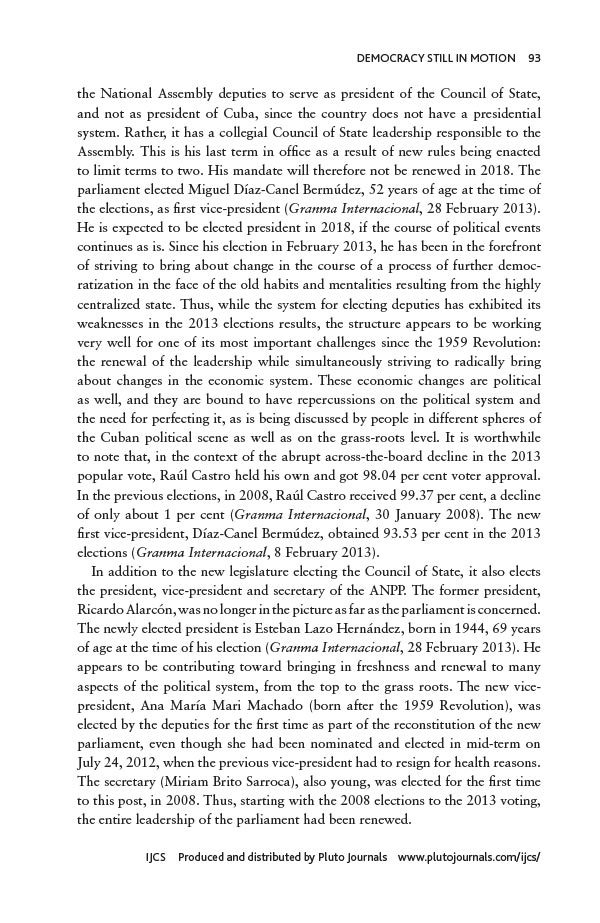 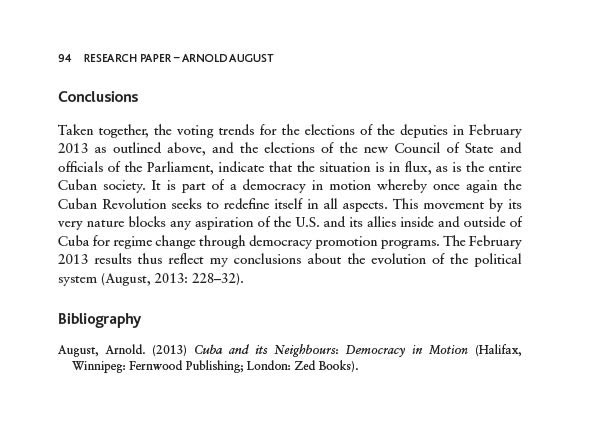